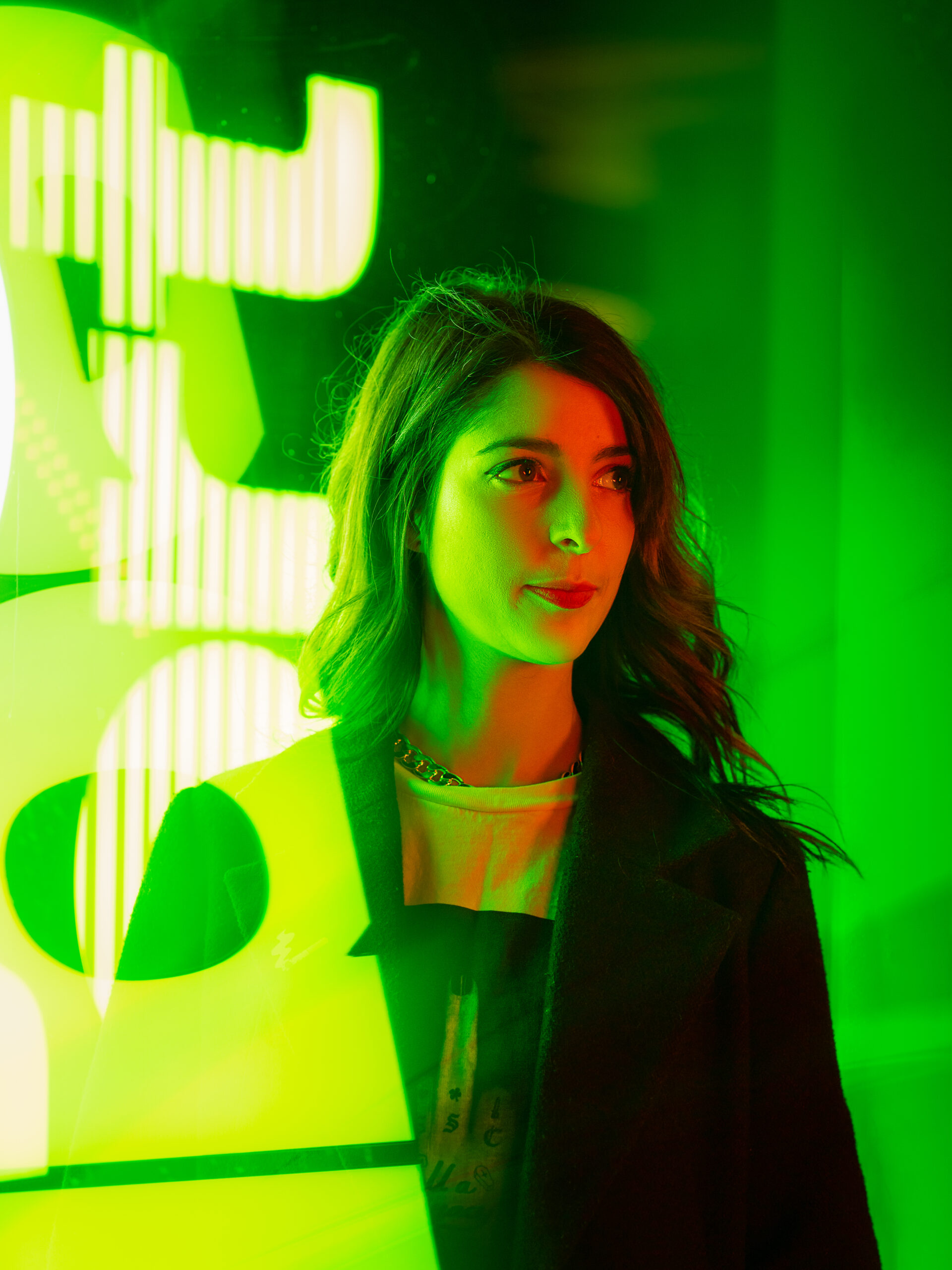 Inspired by the musical curiosity of her guitarist father, who never ceased rocking her with Jimmy Hendrix, this French woman perfected her musical culture by practicing guitar and the piano for years.
It is at the turn of a live of Miss Kittin and The Hacker that she discovers electronic music in at the beginning of the millenium: it is love at first sight.

For 10 years, she skims the dancefloors of many European clubs and festivals and it is finally in 2015 that she goes behind the decks for the first time.

Producing music was the next step and it’s finally out in 2019. After being interested in several styles, her music is now focus somewhere between dark disco and techno.